Two research papers by Jessica Watson, a GP and National Institute for Health Research (NIHR) Doctoral Research Fellow, came third and fifth in the British Journal of General Practice (BJGP) list of most read papers in 2019.

The first paper reported that inflammatory marker tests, which are commonly used in general practice, should not be used to rule out serious conditions, as they are not sensitive enough to be reliably used in this way. The second paper reported that doing multiple inflammatory marker tests, also common practice, does not increase diagnostic accuracy, and should be avoided.

This research was an offshoot of Dr Watson’s doctoral research, undertaken with colleagues at the NIHR Applied Research Collaboration West (ARC West). Dr Watson is also an NIHR Senior Clinical Research Fellow at the Centre for Academic Primary Care (CAPC), University of Bristol.

At number two in the BJGP list was a qualitative research paper by Polly Duncan, a GP and National Institute for Health Research (NIHR) In-practice Senior Clinical Research Fellow at CAPC, which explored GP and pharmacist’s views on how medication reviews are conducted in primary care.

For information on all the top ranked papers, see the BJGP video. 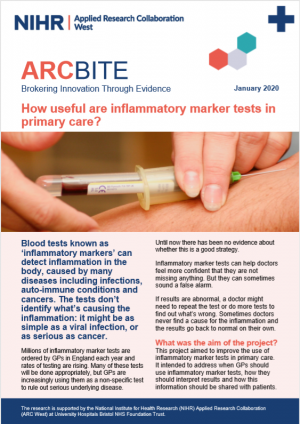 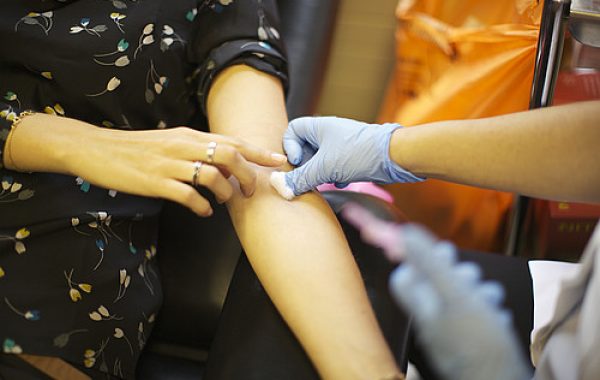 Blood tests known as ‘inflammatory markers’ can detect inflammation in the body, caused by many diseases including infections, auto-immune conditions and cancers. The tests don’t… 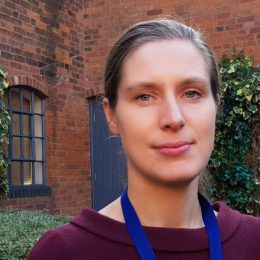