A paper describing a project to implement research findings using materials co-designed by Bristol Drugs Project service users has been published in Harm Reduction Journal. The project focused on promoting the use of low dead space injecting equipment and other harm reduction practices through the co-designed materials.

The paper was co-written by the service users themselves, alongside researchers. It describes the process of involving people who inject drugs in the design process, supporting them to steer the design, from initial look and feel to the messaging and language used. Working closely with the intended audiences means the materials have been tailored to their needs and preferences, so will have a greater impact and resonance with them.

In the paper, the authors conclude:

“Placing peers at the heart of this project was essential to ensuring the materials were appropriate, engaging and avoid unintentionally stigmatising or alienating the intended audience. We recommend that others planning similar work include peers in the entire project to support their meaningful contribution.”

Low dead space injecting equipment has less space between the needle and the plunger after injecting. Blood and drug remain in this space, so if needles are shared the risk of spreading blood borne viruses such as HIV and Hepatitis C is lower when there’s less space for blood to be left in the equipment. The traditional injecting equipment with detachable needles supplied by needle and syringe programmes has a higher volume of dead space.

Earlier research by NIHR CLAHRC West and NIHR HPRU in Evaluation of Interventions at the University of Bristol found that people who inject drugs would be willing to switch to this safer equipment, if the benefits were explained and they were introduced gradually.

The team developed posters, a booklet and animation to promote the benefits and use of low dead space equipment, and broader harm reduction messages, for people who inject drugs, the needle and syringe programmes that support them, and policymakers.

The final products are now available to download from Exchange Supplies’ website. Exchange Supplies is a social enterprise that has pioneered the use of detachable low dead space equipment among people who inject drugs. 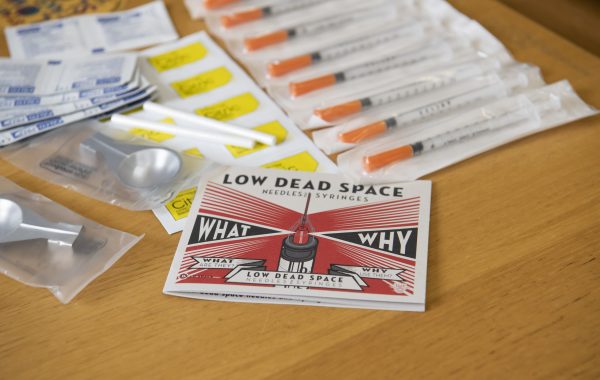