Our Patient and Public Involvement Lead Dr Andy Gibson reflects on the fast developing world of co-production, following an NIHR co-production event ‘Teasing out the Tensions’ on 26 February 2020.

Co-production is at the forefront of discussions about public involvement. It’s created a lot of interest, events, discussion and publications.

On one level, this is all great news. As someone who leads public involvement in health research I am all for anything that helps spread the message. But I must confess to a sense of unease. Is this just the latest bit of jargon to add to the already bewildering terminological soup that (ironically) surrounds public involvement? Is it adding anything new or is it a re-bottling of old wine in different bottles, with a smart, new label?

So I was pleased to attend the recent Teasing out the Tensions workshop on co-production, held in London. It was great to catch up with some old colleagues working in different parts of the country as well as to see so many new faces. I was particularly keen to hear what others are thinking and saying about co-production.

Peter Beresford kicked off the day by putting debates about co-production in a broader political context. Co-producing with ‘seldom heard’ communities is going to be much harder after 10 years of austerity and Peter wasn’t optimistic that things would get better in post-Brexit Britain. It was refreshing and energising to hear co-production discussed within this broader political context.

A range of workshops followed Peter’s keynote. I attended one on evaluating co-production and another on co-production and the commissioning of research. It was great to see the enthusiasm that co-production seems to be generating, although many of the topics raised rang bells with older debates in, for example, user led and participatory research. A good introduction to these issues can be found in our ARC West project on the topic.

At several points during the day the ‘experiential knowledge’ of patients and the public was counter posed to ‘scientific knowledge’. We are undergoing an important shift in academia, where health researchers increasingly work ‘with’ rather than ‘on’ people.

Yet it also seems obvious, as we face the fast changing and complex world of the 21st century, that we need to draw on ‘scientific’ and ‘experiential’ knowledge, and much else besides – for example, from the arts and humanities – if we are to make any headway in solving the complex health problems we currently face.

Perhaps we should all be developing the habits of thought that allow us to integrate these differing perspectives. If this is what co-production helps us to do it will have served a much needed and valuable purpose.

Co-producing research is when researchers, practitioners and members of the public collaborate to develop research. The aim is to get everyone to work together in… 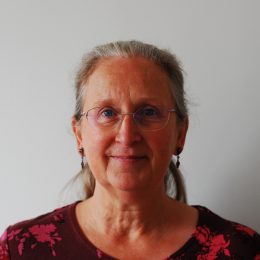