Mufti Games Creative Director joins How Do You Move? project

Malcolm Hamilton, Creative Director of Bristol-based Mufti Games, has joined the How Do You Move? project to design and lead the workshops with community groups. The project is about improving the communication of the government’s physical activity guidelines to members of the public.

Malcolm is a founding member of Mufti Games, which uses play, games and theatrical devices to create engaging experiences for a range of audiences. For many years, Malcolm was an actor on stage and screen, playing characters from Peter Pan to 118118. He’s voiced a car, read storybooks in Geordie and flown around the world filming beer adverts. On moving to Bristol he started making his own shows. In 2017, he received a Leverhulme Scholarship from Bristol Old Vic to develop his practice around play. He studied play online with the University of Sheffield and started experimenting with play in different contexts.

“I’m really excited to get the chance to unpick this subject. I’m constantly searching for playful ways to engage people in ideas. I love exploring creative methods of harnessing opinions. Understanding what physical activity actually means to people and having the chance to reimagine it in different forms is going to be a lot of fun.”

“I’m delighted that Malcolm is joining the team. His previous work with Knowle West Media Centre and the Brigstow Institute is a great fit. Everyone involved in the project is looking forward to seeing how Malcolm creates a really novel and engaging workshop. These workshops are already proving popular from our end, with several researchers vying to come along!”

Find out more about the project. 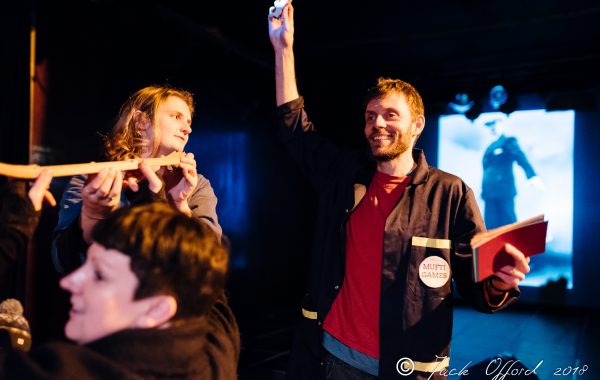 The UK Chief Medical Officers (CMO) published new guidelines on physical activity in September 2019. Based on a comprehensive review of the latest research, they…