Reflecting the experiences of Somali families affected by autism through film

NIHR CLAHRC West is working with local charity Autism Independence and filmmakers Therapeutic Media to develop a film that tells the stories of Somali families affected by autism in Bristol. The film is aimed at the professionals who support these families, as well as helping break down stigma around autism within the Somali community.

The filming is happening thanks to an award of £17,709 by the Economic and Social Research Council (ESRC) Impact Acceleration Account to accelerate the findings of the research CLAHRC West co-produced with the Bristol Somali community, for greater and longer lasting impact. This project enables CLAHRC West to build on the established relationship with Autism Independence (AI) and to collaborate with Therapeutic Media who specialises in films for the health and social care sectors.

Filming kicked off in the Autumn, facilitated by support from the families that use AI’s services. Several community meetings were held to discuss and plan content and to capture footage for the film.

The team then filmed interviews with four parents and some of their children in their family homes. They have also filmed interviews with education, health and social care professionals who have experience of working with Somali families affected by autism. These will provide an important perspective to support training and CPD for those working in the field.

The team are now translating the parents’ deeply personal and moving accounts from Somali into English. To ensure the film is accessible to both Somali and non-Somali audiences, the final film will be available in both Somali and English versions.

The film aims to increase understanding and tackle stigma among the Somali migrant community, and to promote culturally-sensitive services to support Somali families affected by autism. It will form part of a training resource to improve awareness of culture-specific issues in autism among health, education and social care professionals, trainees and policymakers and will be freely available online for wider use.

In the New year the team will continue editing the film and plan to have a first cut by early February. This will be reviewed by the project’s advisory group and AI members, before the final versions are produced. The final film will be available as a 30 minute full length version, a 10 minute version and a 2 minute trailer, and will be shared widely with networks who can use it as a source of information, education and training. A premier screening will be held in 2019. 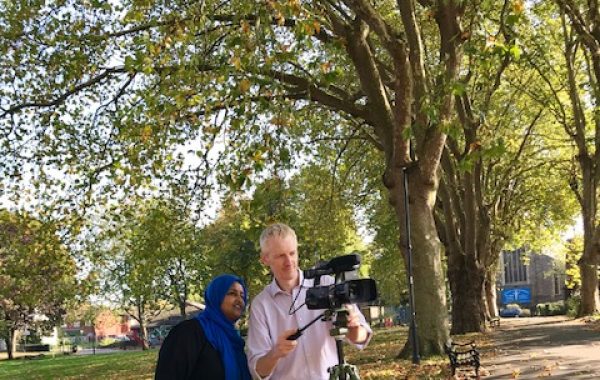