A study of cisgender men and trans people who have sex with men has found that many of them know about PrEP, and commonly use it alongside other precautions to reduce the risk of getting HIV. The study participants had attended the Unity Sexual Health clinic in Bristol.

PrEP is a medication which reduces the risk of getting HIV. Until recently it was only available to people in the Impact trial or bought privately online but it has recently become freely available on the NHS to those who need it.

PrEP is highly effective at preventing HIV and is likely to have played a part in the dramatic decline in new HIV diagnoses in the UK among men who have sex with men. However, the rise in the use of PrEP may lead people to have more sex without a condom. This could cause an increase in other sexually transmitted infections (STIs), which can cause complications and increase antibiotic resistance.

Men who have sex with men and trans people who have sex with men who attended Unity Sexual Health were asked to complete an online questionnaire about why they went to the clinic, their sexual behaviour and views about PrEP. Some of these patients were also interviewed, to go into these issues in more detail. In all, 617 people who went to the clinic answered all of the questions and 24 were interviewed.

More than a third (35 per cent) of participants had taken PrEP before and, of those, 86 per cent were still taking it. Among non-PrEP users, 39 per cent didn’t know how to get it and 27 per cent couldn’t get a place on the Impact trial, even though 79 per cent were more at risk of HIV.

Those interviewed were aware of PrEP and keen to use it. It was seen as ‘life-changing’, reducing their fear of acquiring HIV and anxiety about being tested for HIV, but the cost and it being hard to get stopped people using it more.

Ava Lorenc from University of Bristol and NIHR ARC West and a lead author of the study, said:

“Acknowledging the very positive aspects of HIV PrEP in terms of reduced risk and peace of mind for those taking it, this study shows the need for more public health messaging about STIs and antibiotic resistance.”

“This study demonstrates that those who take PrEP are able to evaluate their own risk and use PrEP flexibly and appropriately. They do this not just for their own benefit, but to reduce the number of new HIV infections in the population as whole.

“We know that antibiotic resistance could make some STIs untreatable. If we can improve the public health messaging and involve PrEP users in shared decisions about testing and treatment, we could protect treatment options for the future.” 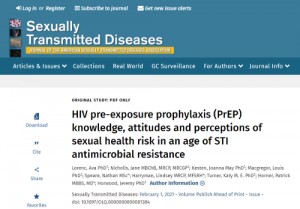 PrEP is a medicine which research shows is safe and effective in reducing the risk of HIV infection. The increase in its use is likely… 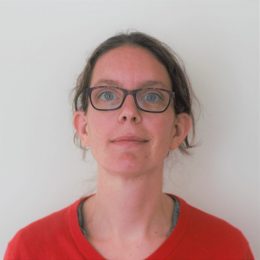