The Bristol Drugs Project (BDP), which provides needle exchange services to people who inject drugs, is encouraging its service users to change over to detachable low dead space syringes (LDSS). They have a number of advantages over traditional detachable equipment, including reducing the risk of infection and reducing the amount of drug that’s left behind in the syringe after injecting.

Before the equipment was introduced, our research with NIHR Health Protection Research Unit in Evaluation of Interventions and BDP, found that people who inject drugs would be willing to switch, providing the experience of using them was the same as traditional equipment.

Following on from this research we received funding from PolicyBristol to hold a national stakeholder meeting to discuss how we can accelerate the pace and scale of the rollout and uptake of detachable LDSS via needle exchanges. Before the event, we ran a discussion group with four BDP service users who had used detachable LDSS. We wanted to find out their experiences of the new equipment, recommendations for future implementation elsewhere and suggestions for the content of a video or other communication material to encourage the use of detachable LDSS.

When trying the new needles, not everyone was happy. Some users were convinced the needles were less sharp than the old ones. One of those was Stephen.

Stephen wasn’t keen to encourage others and was adamant that the new needles were less sharp than the ones he was used to. He said:

“They don’t feel as sharp. If they don’t go in the first time and you try again in a different place – they definitely feel less sharp.”

When our Patient and Public Involvement Facilitator Mike Bell was looking for a service user to co-present the findings of the consultation with service users at the national stakeholder event, Stephen jumped at the chance.

He’d quickly realised that not only would it provide him with an opportunity to meet with, and possibly influence, commissioners and academics, but also a rare chance to meet the very people who were manufacturing and supplying the new ‘less sharp’ low dead space needles.

He also felt that BDP had done so much in supporting him over the years, that he was very happy to give something back to them through participating in this event.

When asked if he was happy for his full name to appear on the title slide of the presentation, Stephen said yes, of course. He revealed he’d been attending BDP under a pseudonym and that he would like to attend the event and co-present the findings under his real name, Darren.

The following week, with his real name on the presentation, Darren got his chance to meet Andrew Preston and Louise Evans, from Exchange Supplies, one company responsible for the manufacture and provision of the detachable LDSS currently provided by BDP. It proved to be a useful meeting for both, with Darren accepting his perception that the needles were less sharp was wrong and Andrew accepting that Exchange Supplies had more work to do to overcome the belief of some users that they were being given an inferior product.

“When Mike asked me if I’d like to present the service user consultation with him at the national event, it was too good an opportunity to pass up. I found the event really useful, and it was great to feel like my views, and those of the people I was representing, were really valued by the people there. I was also grateful for the opportunity to help Bristol Drugs Project, after all the years of support that they’ve given me.”

The research team are indebted to Jim Bartlett at Bristol Drugs Project for engaging all the service users who participated, and for co-presenting the findings from the meetings with them on the day, alongside Darren and Mike. 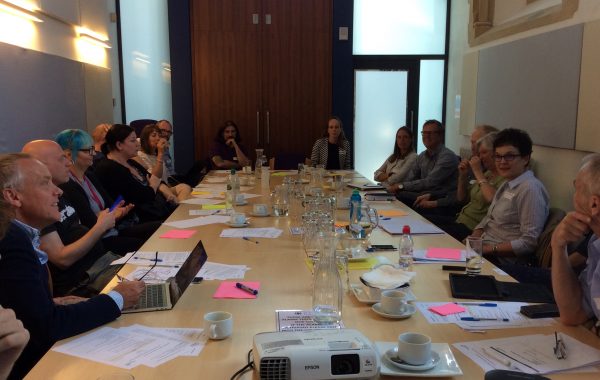 People who inject drugs support the use of new, safer ‘low dead space’ syringes, our research has found. A low dead space syringe has less…