Are there effective drug-based strategies for treating depression that does not improve after a first course of antidepressants?

Depression is a common problem in adults and is often treated with antidepressants. However, many people don’t get better after their first course of antidepressants. This is known as treatment-resistant depression.

For these people, there are a few different drug-based treatment options, including increasing the dose of the antidepressant that they’re taking, switching to a new one or adding another medication (such as another antidepressant, antipsychotic, beta blocker, or anti-anxiety medication). We looked at the available evidence to see which of these drug-based treatment options may be the best treatment for people with treatment-resistant depression.

When someone doesn’t get better after their first course of antidepressants, it isn’t clear which drug-based treatment option to try next. This review aimed to answer this question. This work sits alongside a review of the effectiveness of psychological therapies for adults with treatment-resistant depression.

To find all studies on this topic we searched several lists of scientific studies and contacted experts in the field. Two researchers independently assessed each study to decide whether it was relevant and if so, to include it in our review. We then pooled the results of all the relevant studies.

From our search, we analysed 10 randomised trials, which can give us the best evidence about whether a treatment is of benefit. In these studies, participants are allocated at random to receive one of the treatments being compared.

The trials included 2,731 people in total and tested three types of treatment plan:

We found no trials of increasing the dose of current antidepressant medication. All but one of the studies we reviewed were funded by drug companies.

Adding the antidepressant mirtazapine to current antidepressant treatment had little or no effect on depressive symptoms or on the likelihood of dropping out of treatment.

The effect of adding an anti-anxiety medication (buspirone) to ongoing antidepressant treatment on depressive symptoms or dropping out is currently uncertain. These findings were based on one small study.

Nearly all (9/10) of the studies assessed the effects of treatment in the short-term – six or eight weeks after beginning the new treatment – so the longer-term effects of most treatments are unknown.

More studies are needed to find out more about the longer-term effects of these treatments and the effects of other pharmacological treatment strategies. 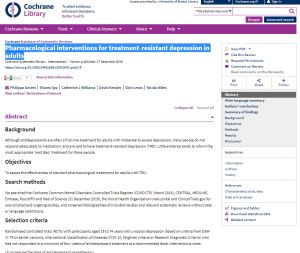 This work sits alongside the following review 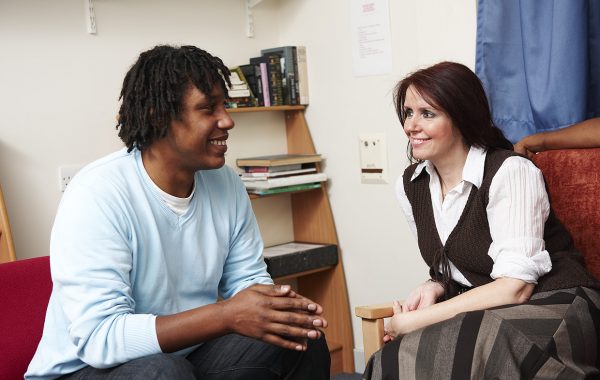