Health and social care priorities across the CLAHRC West region: What the people who fund and provide services think is most important

When CLAHRC West first started in 2014, we took time to better understand the health needs and priorities of people in the West. This would help our work be more in line with those needs, and the priorities of organisations that provide health and social care in our area.

The priorities for health and social care providers across the CLAHRC West region were:

The aim was to understand and summarise the priorities of health and social care providers in the area. This enabled us to identify where to concentrate our research efforts and help plan new partnerships to improve services. CLAHRC West covers Bath and North East Somerset, Bristol, Gloucestershire, North Somerset, South Gloucestershire, Swindon and Wiltshire.

In 2014, we analysed the documents published by local authorities, NHS trusts and other NHS organisations in the region, higher education institutions and partnerships working in healthcare. The aim was to understand similarities and differences in people’s health and the services that were being provided for them.

In 2015, we updated this information by collecting and analysing the new five year strategic plans published by the Clinical Commissioning Groups (CCGs). CCGs are led by GPs and decide which services will be provided in an area. We looked at CCG plans from Bristol, North Somerset, Bath and North East Somerset, Gloucestershire, South Gloucestershire, Wiltshire and Swindon.  Again, the information was analysed like research data and collected together as an update to the first report.

This work involved looking at documents rather than talking with people. However, all the five year plans from the Clinical Commissioning Groups that were included contained statements from patients who had been consulted.

Mostly the different areas had similar aims. These were generally in line with national NHS priorities because some problems, such as large numbers of people becoming unwell because they are overweight, present the same challenges all over the country.

We found that the health of people in the West is on average better or similar to the English average.  The two areas that are consistently better than the English average are Bath and North East Somerset, and Wiltshire.  Bristol has the highest levels of poverty and South Gloucestershire the lowest.

Several health priorities were identified. These tended to be around developing strategies to prevent people from becoming ill, as well improving the treatment of those already using services.  Although some people need to be cared for in hospital, many could remain in their own home with the right help and support. Ensuring that help and support is available at home or close to home was a high priority across the region, with the greatest concern being keeping patients safe.

Good communication was also an important priority.  This included:

Improving patient and carer experience and encouraging values such as dignity and respect were also high priorities.

The evidence gathered in this report was used to guide research done by CLAHRC West since 2014.

Many useful partnerships between organisations were already in place and working well, to the benefit the health and wellbeing of certain groups of people. Our report highlighted that more working together by different organisations could improve care for people at the times in their lives when they need it the most, for example during pregnancy or at the end of life. Developing better patient information and communication in general was also an opportunity for improvement.

This study is central to CLAHRC West’s ethos to enable people and organisations to learn from each other. Our work aims to help practitioners use lessons learnt in one area to improve their own service to make sure care is safe, fair and sustainable.

ARC West continues to work with a wide range of people and groups and to facilitate others to work together to benefit the health and social wellbeing of people in the West. 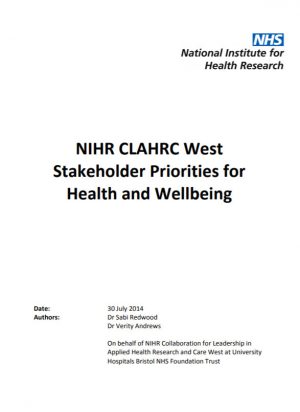 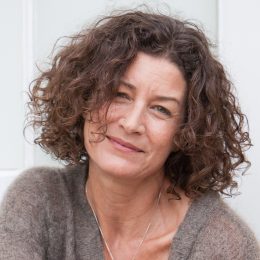