Treating ankle fractures in older people: an analysis of the uptake of close contact casting

There isn’t much research on the best way to manage ankle fractures but in 2016 a large randomised controlled trial – the best test of a treatment – demonstrated the potential to use close contact casting for older patients, rather than surgery.

Close contact casting uses less padding than a traditional cast and holds fractures in position, even if they are unstable, by providing a close anatomical fit. In the trial, it was applied in an operating theatre under anaesthetic.

The trial found that using close contact casting for older patients with an unstable fracture, was cheaper than surgery and resulted in similar levels of function and pain for patients at six months and three years.

This project aimed to explore how ankle fracture treatment has changed over time. It also estimated how much money could have been saved if, rather than surgery, close contact casting was used for some older patients.

We used routinely collected data from hospitals in England between 2007/08 and 2016/17. We looked at age, sex and geographical location to understand how treatment had changed over time for different patient groups.

We also estimated the potential annual cost savings if patients aged 60 or older were treated with close contact casting rather than surgery.

Over the 10-year period we looked at, there were 223,465 hospital admissions where ankle fracture was the primary diagnosis. Use of surgical treatment for ankle fracture remained fairly consistent for both younger and older patients during that period, despite the emerging evidence for close contact casting particularly among older age groups.

In 2016/17, the cost of hospital care for ankle fractures was more than £63.1 million. While close contact casting would not be suitable for all patients, if even half of the older patients had it instead of surgery, we estimate this would have saved around £1.56 million. 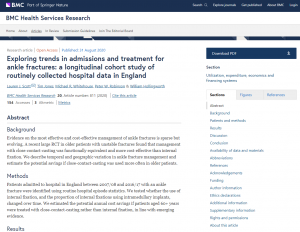 Exploring trends in admissions and treatment for ankle fractures: a longitudinal cohort study of routinely collected hospital data in England

This project is part of the larger releasing resources for optimal care project. 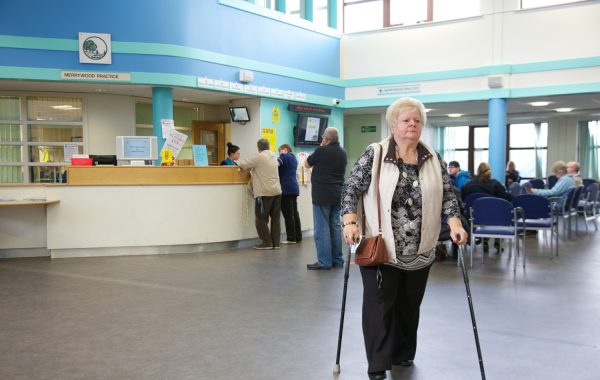 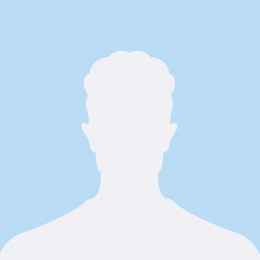 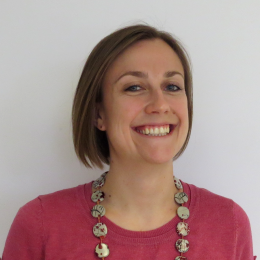 North Bristol NHS Trust is one of the largest teaching trusts in the country and serves the population of Bristol, South Gloucestershire and North Somerset. Their internationally renowned specialist areas include neurosciences, renal, orthopaedics, major trauma, urology, plastic surgery and neo-natal intensive care.