An NIHR CLAHRC West review has found that treatments such as provision of food, or multivitamin supplements, either alone or in combination with education and support, could be effective in improving nutrition among homeless problem-drinking people.

People who are homeless and heavy drinkers are at risk of developing diseases associated with both a high alcohol intake and malnutrition. Alcohol dependency can lead to malnutrition as it damages the stomach and gut, reducing the body’s ability to absorb nutrients from food. This can lead to brain damage and other conditions.

Malnutrition is often only considered to be a problem for very thin people. But heavy drinkers can be overweight and malnourished because alcohol contains a lot of calories but doesn’t contain important nutrients.

Advice on preventing malnutrition is often unsuitable for homeless people, who have limited access to cooking facilities and little money. To find the best way to tackle this problem, we reviewed the findings of studies on this topic.

We teamed up with people who have worked with homeless problem drinkers in Bristol for several years, who contributed invaluably to the design of the project and interpreting findings. Clare Fleming is a clinician at Compass Health, and Katie Porter is a Public Health Specialist at Bristol City Council.

The limited evidence we found shows that some education and support, provision of food or vitamin supplements, or a combination of these can improve food intake and nutrition level in homeless drinking population. However, we did not find any research that showed long term effects on health, disease or the comparative value for money for any of these treatments. Also, the evidence is limited in both quantity and quality. We also found that effectiveness and acceptance of a treatment may depend on what the local homeless drinking people prefer. This means we need new research to find out what is suitable for this population in our region. This would help ensure that their nutritional needs are met.

Our findings have been published in the International Journal of Equity and Health. We are now starting new studies based on the findings of this project. One is aimed at finding out the nutritional needs and food preferences of the local homeless drinking people and the other will test the effect and value for money of an ongoing supplement intervention for homeless drinking people at the local hospital. We would appreciate any offer to collaborate or improvement suggestions for this or future research. 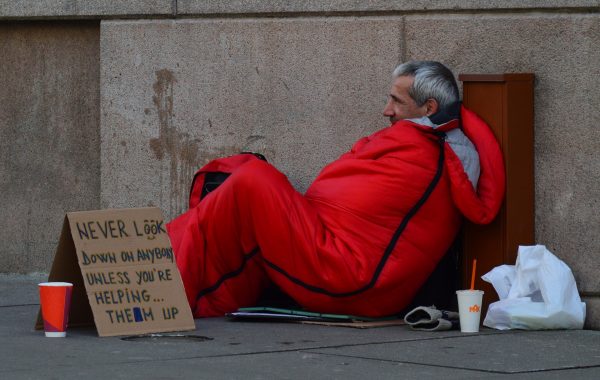 Some homeless people are heavy drinkers with poor diets. This can mean they are at risk of developing diseases associated with both a high alcohol…